You are welcome... You too Can Learn to Start a Web Design Business in Ekiti State in 3 Weekends or Less. No Coding or Prior Experience Needed.

Scroll Down to Read On. 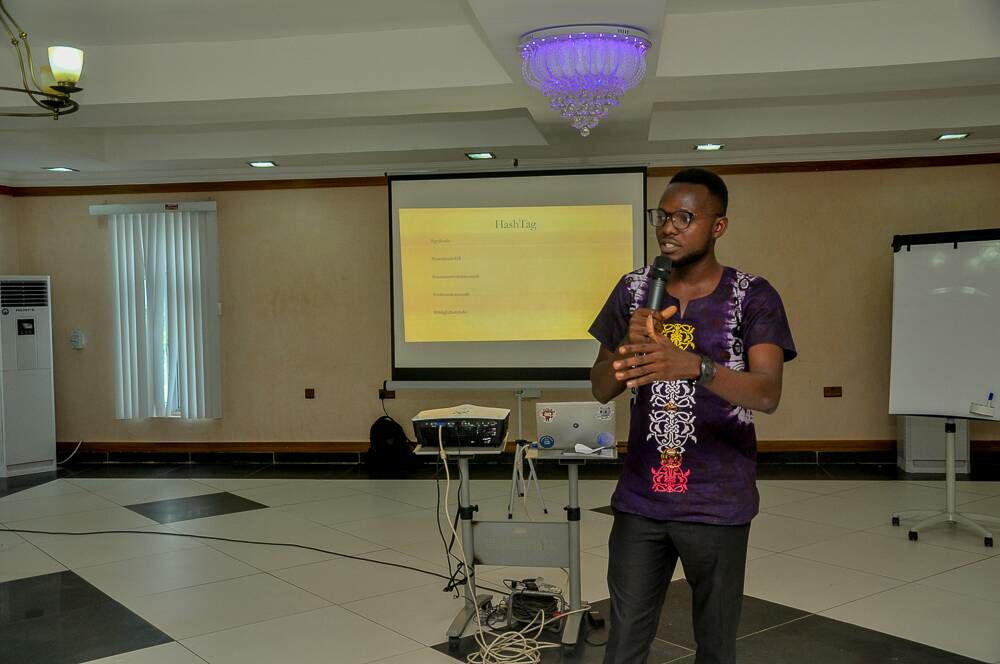 If you are interested in starting and building a profitable Web Design Business in Ekiti, this would be one of the most important articles you will ever read.

Before I lend you in, let me tell you a bit of my story…

Back then in university, I was living broke like the rat inside a church. I had begged for money to pay my 100 level school fees which was eventually paid for by two churches (Anglican and CAC) in Ado-Ekiti.

That is because I lost my dad and mum at ages 6 and 14 respectively...

I can still remember the unfortunate night I plucked unripe mangoes to eat because I didn’t eat anything since the morning of that day. It was that bad!

I did MMM but MMM failed me.

I went into all sorts of networking businesses but failed.

Don’t get me wrong, there are a few people who succeeded with network marketing in the past…

One thing I never stopped doing is hoping and praying to God. I believe my future is secured in God. I trust Him to guide me to a life of abundance and prosperity.

Somehow, God opened the eyes of my understanding and developed passion for computers and digital technology. I began to see the ‘wonders’ that both young and old people do with the internet.

I searched on Google and taught myself how to design a blog and later a website.

After some years, I was still dead broke. That is because I was doing it the wrong way like many other people out there.

Fast forward to 2017, John, a friend of mine, introduced me to someone online who had been in the web design business for long. It was this person that opened his box of knowledge and showed me the secrets to becoming a professional web designer.

Ever since I learnt the secrets, my life has changed for the better. I turned from someone who begged to pay his first year school fees to paying other people’s school fees.

I turned from being a broke web designer to having clients from within and outside Nigeria.

Not just that, God also granted me the opportunity to travel abroad to teach what I know. 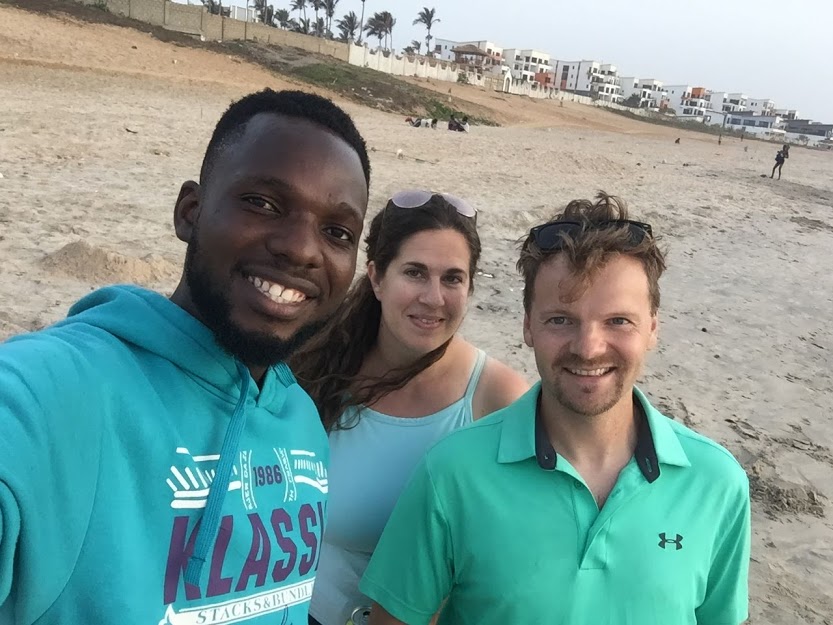 I have gotten awards and recognized for my impact in the lives of young people even here in Ekiti... 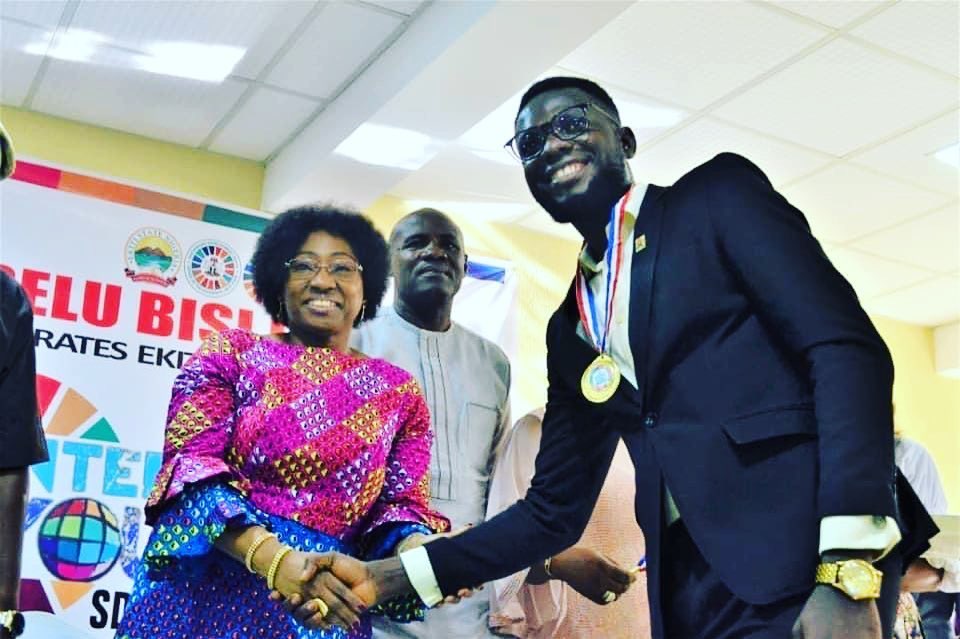 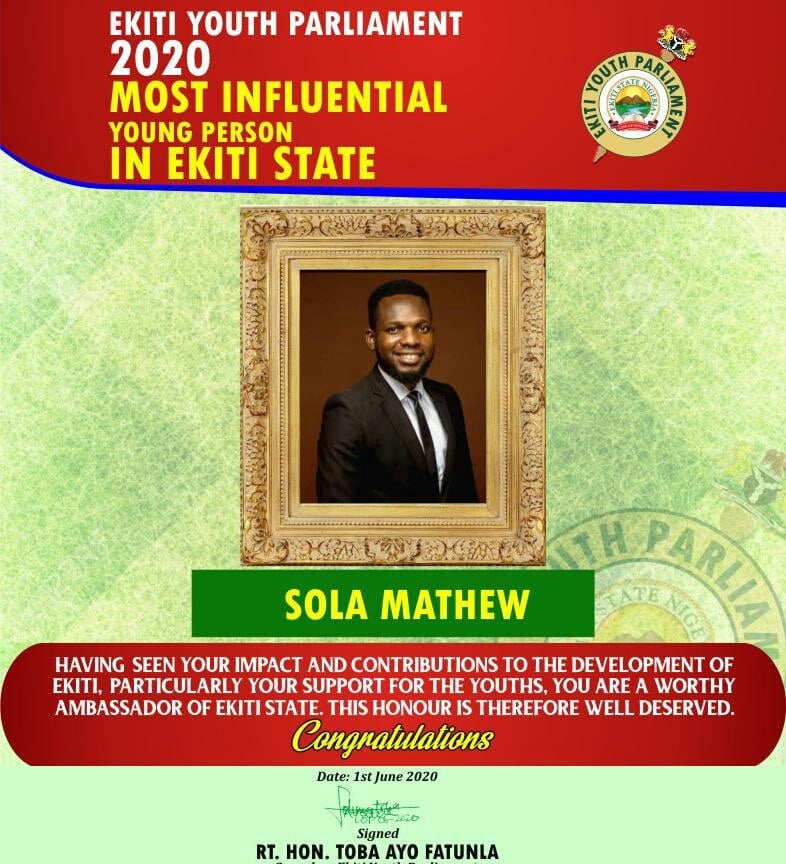 I had gone ahead to learn further from top internet players of our time like Ryan Deiss, Neil Patel, John Obidi, Toyin Omotoso, etc.

I mean, see what the deputy minister of labour from Liberia said about me… 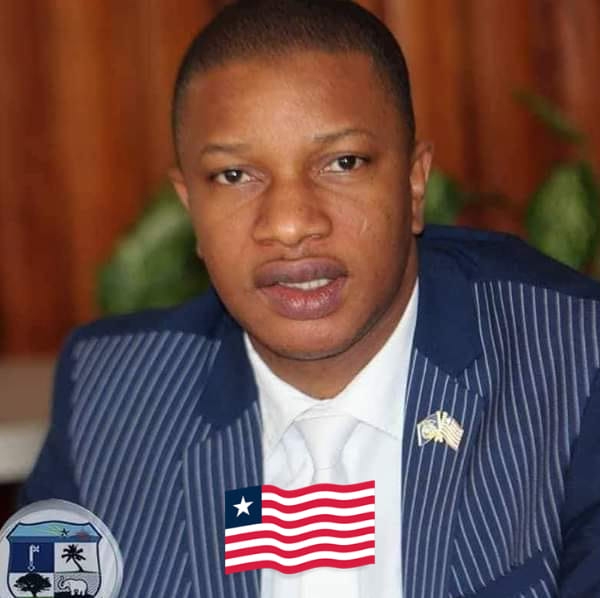 You’re one of the most amazing guys I’ve ever met in Africa who is passionately helping other young people succeed. I’ve learnt a lot from Sola Mathew myself.

Now, I want to teach you all that I know about building a successful profitable web design business in 3 Weekends…

Note that I said “Profitable Web Design Business” and not just web designing.

Many people teach Web Design but never teach the business of web design or how to truly profit from web design.

In this training course, I will unfold my secret vault of successful profitable web design business to you.

In just 3 Weekends, You will learn how to become a professional web designer using the most popular Content Management System (WordPress) in the world and start building your profitable web design business immediately.

“Thanks to Sola Mathew, I made over =N=300,000 after learning from him. Besides, I love the way he simplifies his teachings for anyone to understand. If you enroll, study and implement what you would be taught, you are on your way to prosperity and self reliance.”

What Will You Learn in This Training Course?

Not only that, you will get all of these bonuses for FREE if you register TODAY only:

Bonus #2: How to Build a Successful Profitable Web Design Business (Worth ₦75,550)

There are many people out there trying hard to start and manage a successful web design agency. Landing a steady stream of new clients, getting constant referrals, and earning a great income can be a real challenge.

Which is why we will train you step-by-step and work you through how to build a successful web design business more quickly. We will give you template proposals and agency operating procedures.

We want YOU to succeed. That’s why we are sharing our experience running an agency and working with companies all around the world and giving you a system packed with techniques, tips and strategies so you can successfully position yourself as an authority in the market, learn how to set your ideal pricing and fees, and attract and retain new clients now and well into the future.

Bonus #3: Graphic Design With Your Smartphone Even Without Prior Experience (Worth ₦7,500)

Here, you will gain access to our course on designing graphic with your smartphone and make money from it. With this, you turn to a professional graphic designer overnight.

You will learn how I made over ₦250,000 in 21 Days selling other people’s products using my Whatsapp. You will learn where to get these HOT products and the one I recommend.

In this community, you will gain access to me and my students. You will get lifetime support and updates about web design business.

You will get all of these for FREE.

Your risk is ZERO.

Our #1 goal is our student success.That you will actually learn and implement what we teach you and most importantly you will get results from what we teach you or you get 100% of your money back if you can prove to us that you implemented consistently what you learned from us for at least 3 months.

Wow, this is really amazing and exciting, all these bonuses for FREE plus it is 100% risk FREE - this course is absolutely better than other web design training courses out there.

Normally this training course goes for ₦75,000 but for a very limited time I’ll let you register for just ₦25,000.

It’s so simple to register...

2. Take out your ATM Card and Make Payment

3. Come along with your payment receipt

Due to the COVID-19 pandemic, we will only take 15 people. So, register fast.

What is the Profitable Web Design Training Course?

The Profitable Web Design Training Course is a 90% Practical step-by-step live training on how to start a successful profitable web design business.

Will this work for me if I have zero experience?

Yes! If you can operate your laptop and browse with it then you need no other experience.

Is there a Certificate?

Yes… You’ll get a certificate after the class.

Will There Be Another Training?

Yes…There will surely be another training but the registration fee might go up.

Where Will This Training Take Place?

This training will take place at a physical location in Ado-Ekiti. The address is GoGlobal Hub, Adjacent TakeAway Eatery, inside Adamolekun Estate, Adebayo, Ado-Ekiti, Ekiti state

Will This Work if I am a Beginner?

Yes, absolutely. The training is designed to take anyone from complete beginner to competent web designer in no more than 2 weekends.

Do I need to know how to design or code to launch my website?

No. Absolutely not. You will design professional websites without writing a single line of code. Sorry, NO CODES!

Is there a guarantee?

Yes…all my training has a 90-day, no-questions-asked guarantee.

Our #1 goal is our student success.That you will actually learn and implement what we teach you and most importantly you will get results from what we teach you or you get 100% of your money back if you can prove to us that you implemented consistently what you learned from us for at least 3 months.

If you’re thinking “₦25,000 is cheap… what’s the catch?”, then here are two reasons that should put your mind at ease:

1) At just ₦25,000, this 3 Weekends, step-by-step training puts starting your own profitable web design business within the reach of everyone… from solo entrepreneurs to startups and even large businesses.

Due to the COVID-19 pandemic, we will only take 7 people. So, register fast.

Hurry…Register Now before the Space is fIlled Up!!

It’s so simple to register...

2. Take out your ATM Card and Make Payment

3. Come along with your payment receipt