While many people are aware of the first coworking space in Ekiti, not many people know how it all started and who the founder is.

In this post, I share with you the inspiring story of how GoGlobal Hub, a coworking space in Ekiti started. 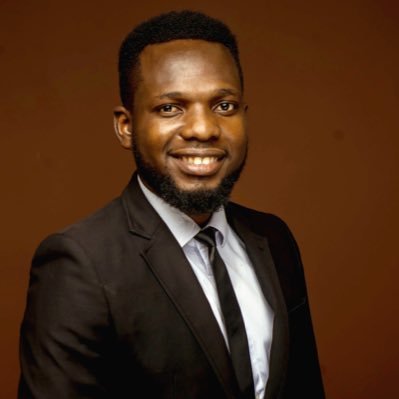 Every day may not be good but there’s something good in every day.

Back in 2004, on the 10th of January to be precise, Sola Mathew Akinluyi (popularly called Sola Mathew or SM) lost his mum and had to return to Ado-Ekiti, his hometown.

As an orphan, Sola Mathew tells the story of how he was sent out of class for lack of school fees, hawked on the street of Ado-Ekiti and had to stay with some people starting with his aunt.

According to Sola Mathew, God used some people, education and internet to get him to where he is today.

In 2017, shortly after Sola Mathew completed his university education, he went to serve in Taraba state, the same northern part of Nigeria he was born in.

During his service year with the National Youth Service Corps (NYSC) of Nigeria, he engaged in online businesses such as social media marketing, podcasting, web design and cryptocurrency. He was also the Taraba State SDGs Champion of the Mind The Gap which made him become a digital strategist and now a trainer on the Google Digital Skills program together with Michael Peculiar and Temitope Awelewa.

With that, he was able to make his first million naira in which he used 70% of the money to invest in real estate.

Recommended: Do you want to start a PROFITABLE online business with Zero or NO CAPITAL? Download the FREE Book of Sola Mathew, Zero Capital.

Because of his love for education, Sola Mathew supported some students with their school fees in both Taraba, where he served, and Ekiti State. In fact, SM authored a book in which he’s donating 30% of the profit to support orphans and vulnerable children through Christiana Titilayo Foundation (CTF), an NGO he founded in honor of his mum.

In 2018, Sola Mathew came back to Ekiti State after his service year.

He was advised to move to Lagos to start his life but SM was convinced that he was to be in Ekiti for the time being. According to him, he believed God was leading him.

SM noted that Fasakin Aduragbemi gave him the opportunity to share his office space when he started out.

In 2019, Sola Mathew founded GoGlobal Hub, the first coworking space in Ekiti State. Other hubs like Password Hub and Christore Hub came up after GoGlobal Hub.

According to Sola Mathew, it was difficult getting an affordable working space in Ado-Ekiti for him as a startup and young entrepreneur.

He knew that there are many other young people in Ekiti state in his shoes — who want office space but couldn’t get started because of limited funds.

As a coworker, you have the benefit of using the hub address as your business address and also get your business verified on Google My Business faster.

According to a coworker at the hub, “this hub (GoGlobal Hub) is a life saver.”

GoGlobal Hub has had coworkers from Lagos, Akure and Ekiti State since inception with most of coworkers being digital entrepreneurs.

LIMITED TIME OFFER: Do you want to start a PROFITABLE online business with Zero or NO CAPITAL? Download your FREE copy of Sola Mathew’s Zero Capital.

Sola Mathew believes that if young people are given quality education and encouraged to choose the path of entrepreneurship, poverty would be eradicated.

Do you desire an office space? GoGlobal Hub could just be the best place for you.

We use cookies on our website to give you the most relevant experience by remembering your preferences and repeat visits. By clicking “Accept All”, you consent to the use of ALL the cookies. However, you may visit "Cookie Settings" to provide a controlled consent.
Cookie SettingsAccept All
Manage consent

This website uses cookies to improve your experience while you navigate through the website. Out of these, the cookies that are categorized as necessary are stored on your browser as they are essential for the working of basic functionalities of the website. We also use third-party cookies that help us analyze and understand how you use this website. These cookies will be stored in your browser only with your consent. You also have the option to opt-out of these cookies. But opting out of some of these cookies may affect your browsing experience.
Necessary Always Enabled
Necessary cookies are absolutely essential for the website to function properly. These cookies ensure basic functionalities and security features of the website, anonymously.
Functional
Functional cookies help to perform certain functionalities like sharing the content of the website on social media platforms, collect feedbacks, and other third-party features.
Performance
Performance cookies are used to understand and analyze the key performance indexes of the website which helps in delivering a better user experience for the visitors.
Analytics
Analytical cookies are used to understand how visitors interact with the website. These cookies help provide information on metrics the number of visitors, bounce rate, traffic source, etc.
Advertisement
Advertisement cookies are used to provide visitors with relevant ads and marketing campaigns. These cookies track visitors across websites and collect information to provide customized ads.
Others
Other uncategorized cookies are those that are being analyzed and have not been classified into a category as yet.
SAVE & ACCEPT